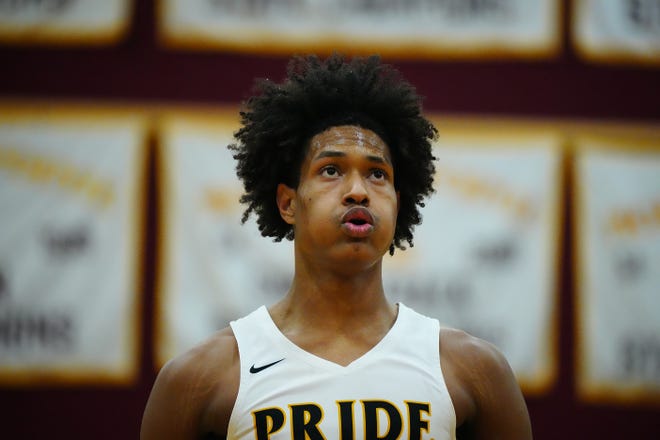 Favorite: Glenbard West is the state’s No. 1 ranked undefeated team. The Hilltoppers have size, experience, chemistry and one of the biggest differentiators in the sport right now with 6-11 Braden Huff. What they did defensively with their size and length in their 1-3-1 made it difficult for their opponents. The lack of depth during a five-day tournament is one to watch out for.

Top contenders: There are a handful of legitimate contenders, starting with an undefeated Bolingbrook side and a pair of star-led teams in Lake Forest and Rolling Meadows. This Bolingbrook team doesn’t have the big names, but the Raiders already have big wins against Marian Catholic and Thornton. Asa Thomas of Lake Forest and Cameron Christie of Rolling Meadows are the two top junior prospects in the state and have very strong supporting castings.

Tournament scenario: This is a one-of-a-kind tournament with 32 teams, so it’s a different type of holiday tournament that plays five games in five days. Also, for the fans there are two games happening at the same time but in different gyms, so there is always something to watch.

But a team that can topple Glenbard West while leading a five-game winning streak through January will feel awfully good and be a major confidence factor.

Previous Kim seeks to ward off outside influences
Next Even more exhausted, pistons run out of gas in San Antonio